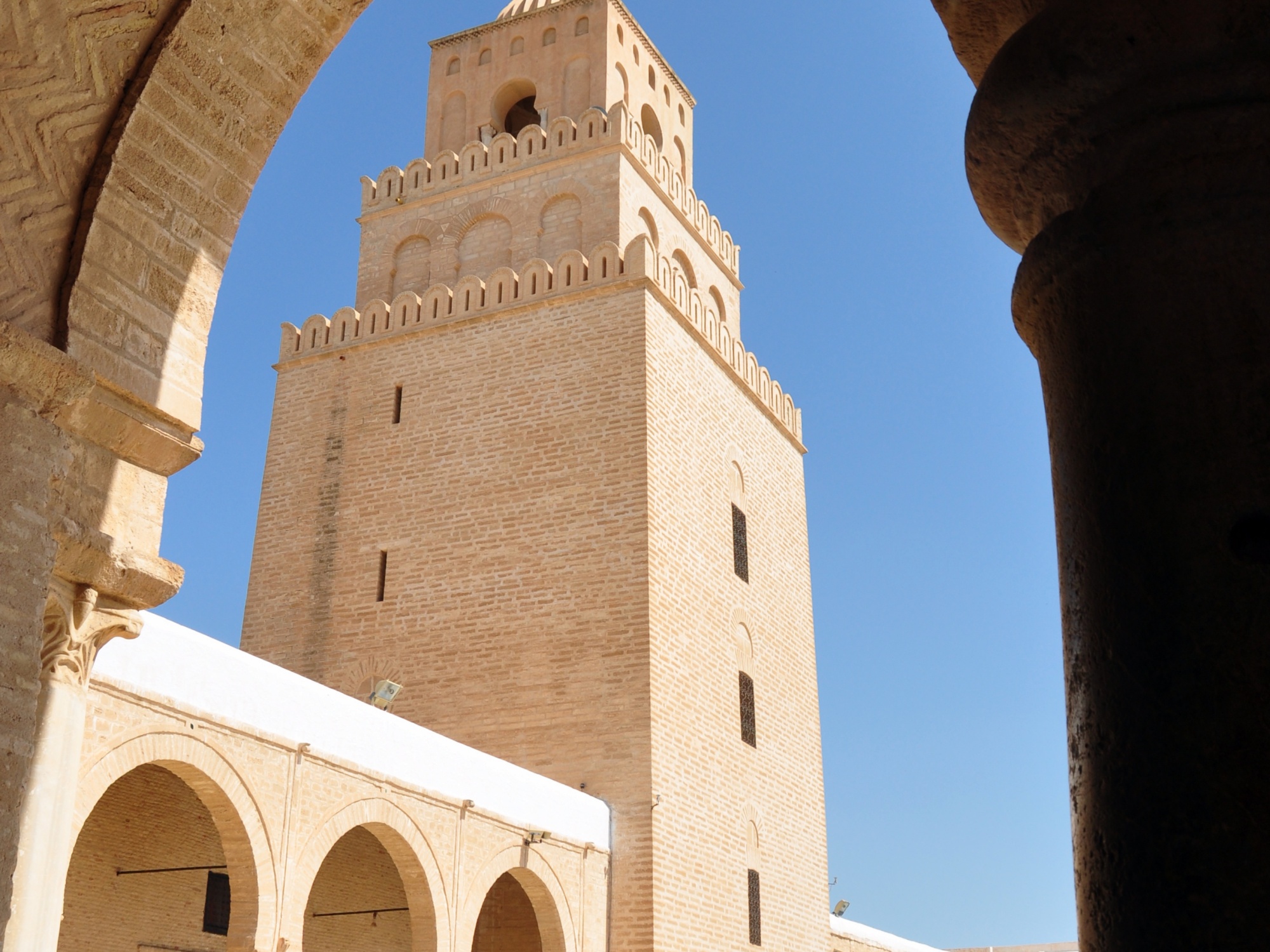 The Muslim conquest of North Africa may have felt like something of a rebirth for people who lived there and knew something of the area’s history. Rome had collapsed in the fifth century, ushering in a 200-year period of barbarian invasion (chiefly the Vandals from, of all places, Eastern Europe) and general decline. The arrival of Muslim troops in the 7th century was the beginning of a period of reconstruction and new advances in culture and knowledge. In this early period, while Europe was deep in the “dark” ages, the Muslim city of Kairouan was a shining light which drew intellectuals and artists from around the Arab world. 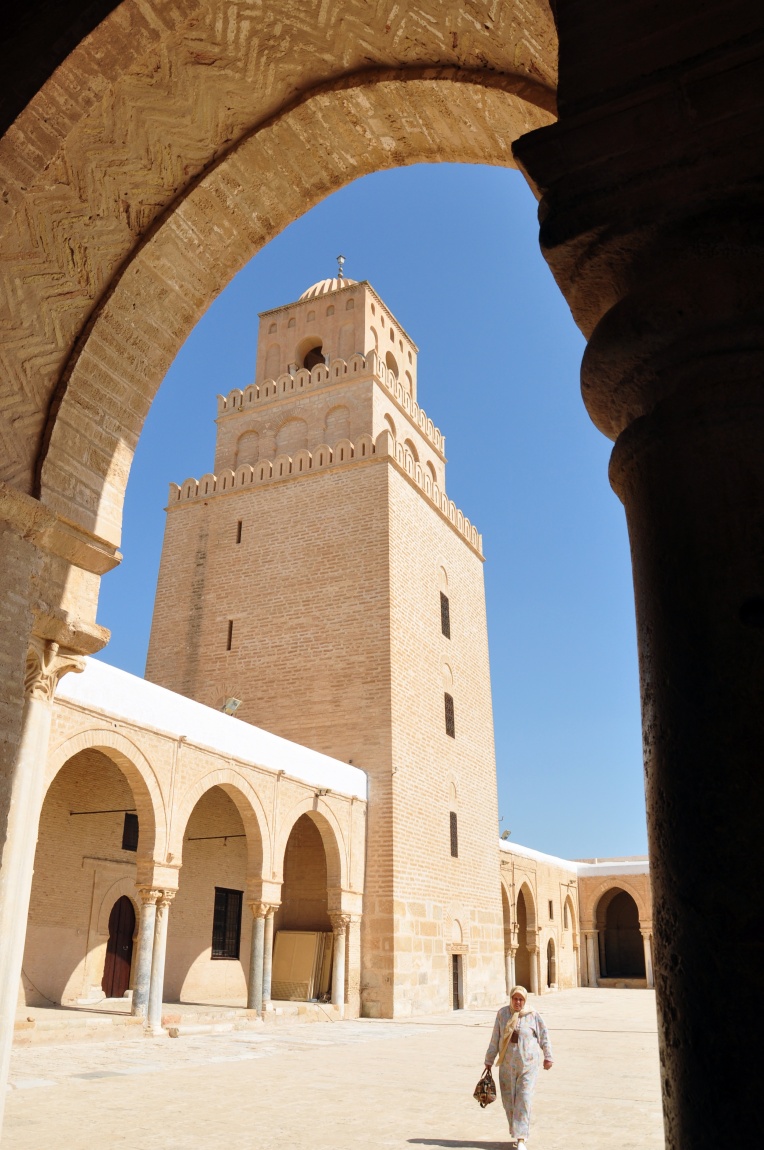 Founded in about 670 in an area of wilderness, Kairouan grew to become a leading centre of Islamic culture and knowledge by the 9th century. Only after the 10th century was it placed in the shade by the amazing Muslim culture of Al-Andalus (Iberia) and the foundation of Cairo. Kairouan is now something of a backwater and is therefore quite well preserved, a common finding.  It seems that it’s a good idea to be forgotten. 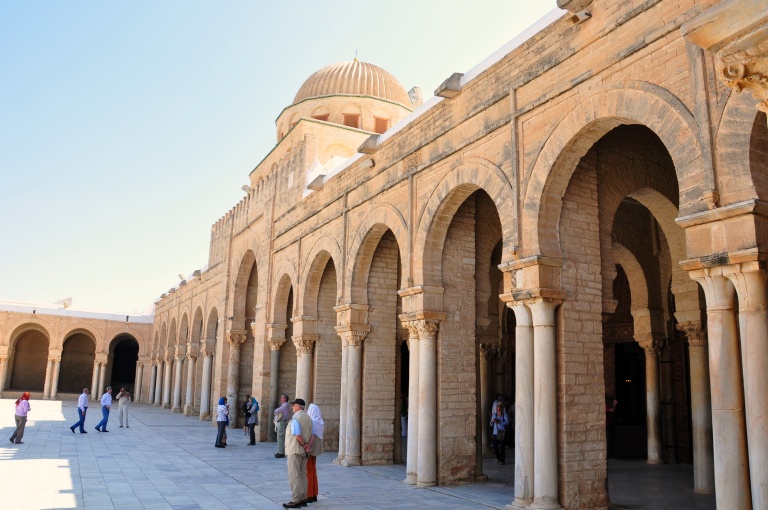 This lack of development means that much of the character of the city is retained.  It’s the usual collection of North African alleyways and shaded tunnels which help to insulate the residents from the worst of the heat.  There is a certain type of photographer who loves taking numerous photos of quaint and colourful doorways, perhaps for use on a postcard.  I admit to being one of those people, at least briefly.  However there are a great many doors in Kairouan and I found my creative appetite waning after the fiftieth shot.

The best known major building in town is the Great Mosque of Sidi-Uqba, originally founded at the same time as the city itself.  Much like medieval Christendom, medieval Islam’s religious buildings were centres of education and learning. In the case of Kairouan, the Great Mosque was an intellectual beacon for most of North Africa, and much of the Islamic world beyond. 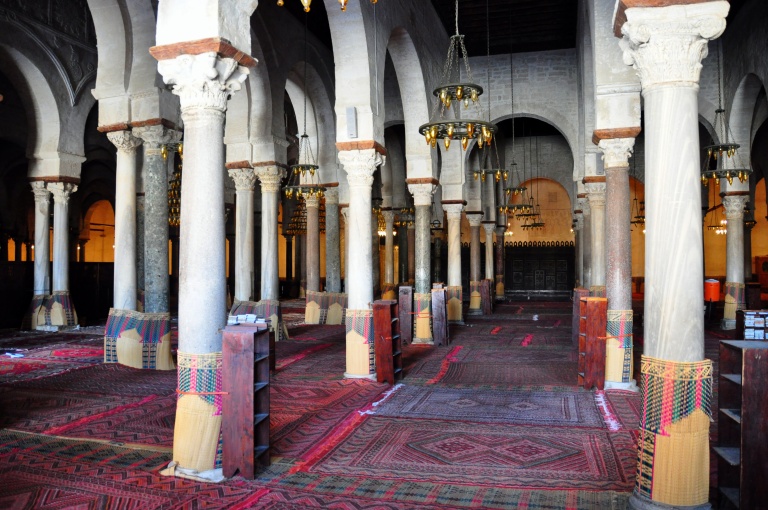 What I found most endearing about the Great Mosque is how wonky it is. The huge courtyard is surrounded on all sides by columns which have been reused from ancient Roman, Greek and Carthaginian buildings.  Often two entirely different columns capitals stand side by side. The stone used to pave the courtyard changes halfway across. And the minaret looks, to my relatively ignorant eyes, to be fairly basic and utilitarian compared to some of the more elegant structures found elsewhere in the world.  This is not meant as a criticism, more as a recognition of the antiquity of this site and the fact that it represents a rebirth of complex civilisation in the region.  The design of this mosque was used as a template for much of North Africa and Iberia, and has an almost western, Romanesque look to it. 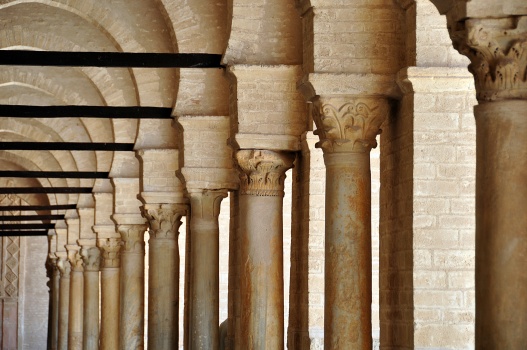 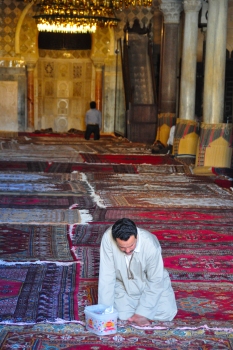 At the time that I visited getting to Kairouan was pretty straightforward – just a minibus tour from Tunis or a shared taxi for the poor and adventurous. However the Arab Spring has occurred since then and the area is rather more volatile than it was at the time.  Access from within Tunisia is easy, access to Tunisia may be hard