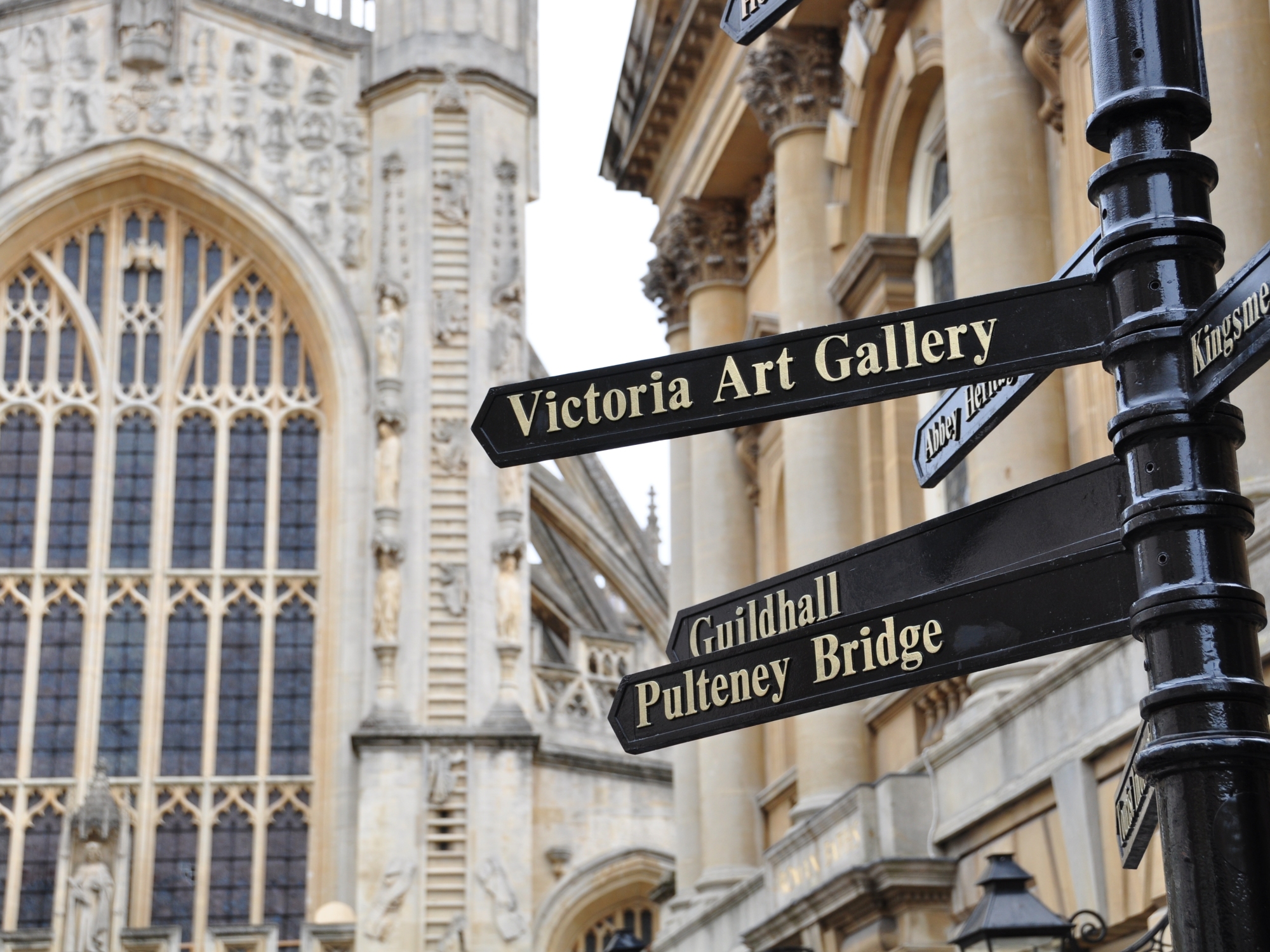 England has trouble synchronising the sounds of its place names with the way they are written. Berwick becomes “Berrick”. Leicester is “Lester”. Salisbury is “Sorlsbry”. This is a source of great confusion to American tourists and great entertainment to Britons. But amid all the linguistic horrors, we have the simplicity of Bath.

Just Bath. Like the thing you wash yourself in.

Even more gratifyingly, Bath is named after an ancient Roman bath within the city, meaning that it is the most morphologically, etymologically and historically satisfying place in England.

The Romans, those devotees of recreational bathing, were the first to recognise the merits of the site. They invaded and promptly noted that the area around Bath had a natural hot spring which seemed only to be lacking a temple and some masonry. Generations of Romans and Romano-Britons appear to have used the site to lounge in warm water and discuss the price of olives or plot against the Emperor.

Bath, then known as Aquae Sulis, must have been a bit of a refuge for the transplanted Italians. Britain is a long way from Rome and Roman Britain north of Bath was largely a series of semi-military encampments surrounded by restless barbarians. Although Rome exercised formal military control of what is now England, it may not have felt particularly Roman. The baths at Aquae Sulis perhaps fulfilled the same role as the bar in Western hotels in the developing world.

In due course the Romans retreated from Britain and the site fell into disuse. The Roman bath is now many metres below street level and the majority of the Roman structures were destroyed soon after the collapse of the Western Empire. The site changed hands between various Anglo-Saxon rulers over the early medieval period but was finally resettled permanently in the 12th century. The new name of the town was Bath, and it was of a firmly Christian character.

The Bath that people swoon over today was largely built in the 18th century. The rediscovery of the Roman city coincided with a national rediscovery of Roman architectural forms. The city was  almost completely reconstructed in the Palladian style, an extrapolation of Roman ideas. The local cream-coloured limestone is used extensively, which was a work of genius.  The light and airy designs are built with light and airy stone, resulting in a beautiful and harmonious look to the city.

Extending far beyond the original borders of the Roman city, this new city uses sweeping colonnades and a connecting series of terraces and squares to make something which is both grand and human scale. The Romans tended towards the monumental, but the Georgian reconstruction found a happy middle ground. Even the river Avon running through the town is domesticated by the construction of the Pulteney bridge, which is closely modeled on the design of Italian bridges such as the Ponte Vecchio in Florence.

The overall impression of Bath is that it is undeniably beautiful.  This is one of those rare sites where later renovation is an undoubted improvement on the original design. The Roman baths can still be visited, even in their current subterranean location, but the real pleasure in visiting Bath is in wandering the streets and pretending to be Jane Austin.

Although she reportedly hated the place. What a peasant.