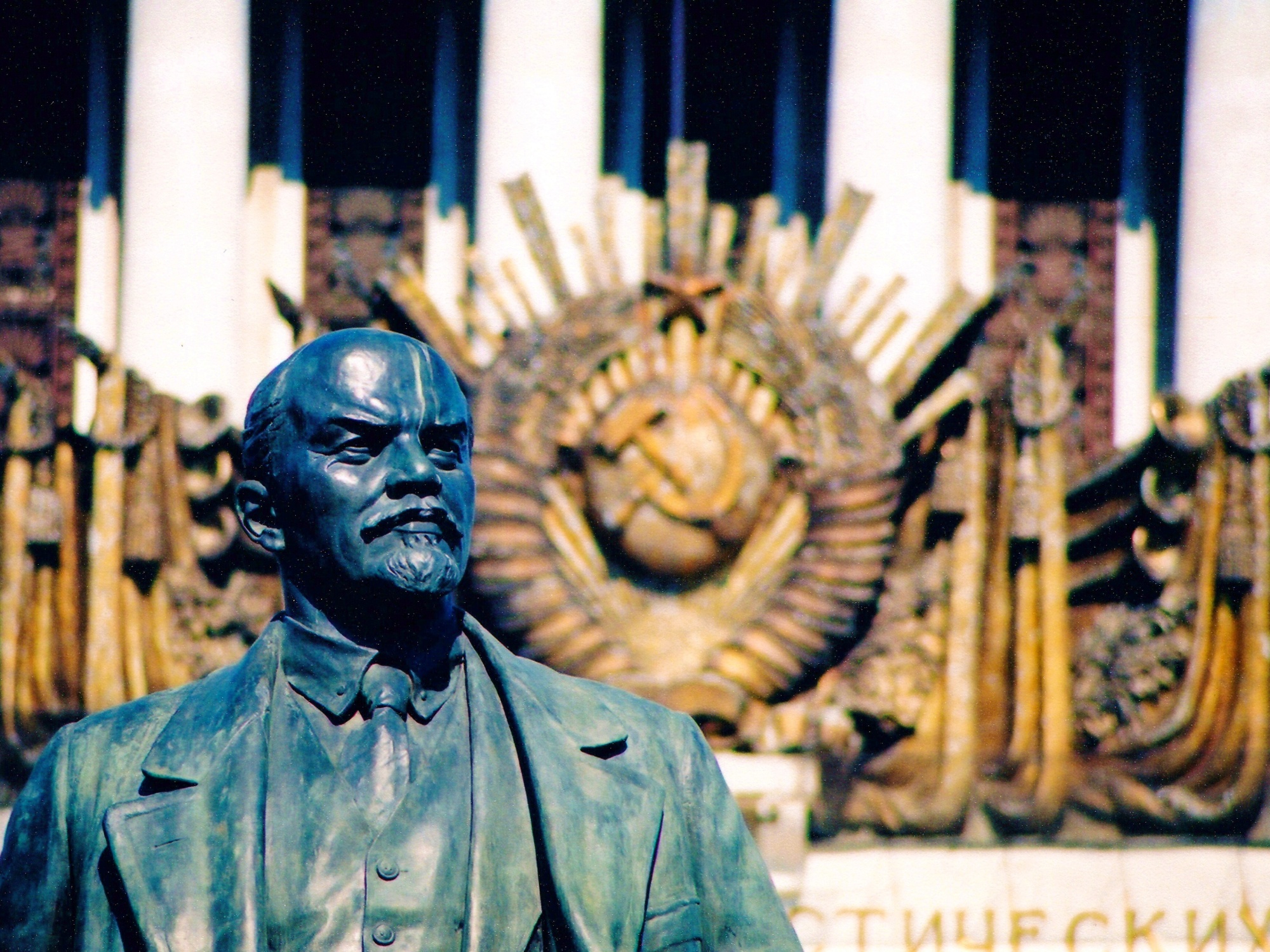 I spent much of my visit to Moscow terrified that I would be picked up by the police and deported. Probably also questioned in that blunt and aggressive way that stock Russian characters in movies have. Possibly beaten and thrown into a gulag.

My fear was not without foundation. At the time I visited, in 2002, the ghosts of the Soviet Union were still very much present haunting the place.  Although my trip was before the rise of Putin and the country was approximately democratic, these were the early years of the kleptocracy, where money talked (if you had it). Ordinary people seemed universally to have been traumatised by the Soviet era, and were unfriendly, unhelpful, and openly hostile for much of the time. Maybe it was just me.

The echoes of the police state extended to tourists. Part of the conditions of entry to Russia were that everyone had to be “invited” by their hotel, and to receive a stamp in their passport acknowledging that they hadn’t gone rogue within Russia. I had the invitation, but had been scared away by the desk clerk at my St Petersburg Hotel and her savagely hostile attitude. My lack of backbone had cost me – I had not got my stamp and was now illegally present in Russia.

The thought of my imminent detention churned in my mind during my overland train trip from St Petersburg to Moscow. I have no memory of how I got to my hostel, but on arrival I had a bright idea. Perhaps my new hostel would stamp my passport if they didn’t look too closely at the arrival dates? I attached myself to a group of cheery English people who were checking in at the same time and threw my passport into the pile with the others. Genius!

Ten minutes later I had a passport with a stamp and a bunk bed. The Nirvana of backpackers. I should have been happy, but the fear gripped me again when I realised that the stamp on my passport matched neither my immigration date, not the address of the hostel that had been sponsoring me. They weren’t even the same city!

Back to the gulag.

The Kremlin and Red Square

I spent my last four days in Russia dragging my feet and sweating. I visited the Novodevichy convent and tried to entertain myself exploring the Kremlin and central Moscow.

The Kremlin has become shorthand for the Soviet, and later Russian Government, but it’s actually the name for the ancient fortress in the centre of Moscow where the government offices are located. In Greek terms it would be equivalent to a fortified Acropolis, and it turns out that there are several such citadels in Russia.

The Moscow version was originally settled in the 2nd century BC by local tribal peoples, and over time became the residence of the Russian rulers of the day. It accumulated towers and churches depending on the whims of the particular Tsar. They have all been restored now,  but the Kremlin was largely abandoned and neglected in the 17th and 18th century. This was the period when the Russian capital was moved to St Petersburg, and Moscow became something of a backwater.

The Russian Revolution in 1917 led to a return of political power to Moscow, and the new Bolshevik government set up in the Kremlin. Interestingly they decided to retain all the ancient structures and retrofit them for the new Soviet Man. It is a little surprising that they weren’t dynamited as a way of sweeping away the old Tsarist regime entirely, but I suppose it was more politically useful for the Bolsheviks to adopt the traditional trappings of power than to try to re-invent them from scratch.

Once exception was a church at one edge of Red Square – the Kazan Cathedral. This was demolished by Stalin in the 1930s in order to allow better access to the space for military parades. This was in keeping with his general attitude towards, well, everything. Red Square, which had historically been a grand marketplace and all-purpose bazaar became a parade ground where trade was prohibited. Like an idiot, I posed for a selfie with a can of Coke, but thankfully the photo didn’t come out properly.

The cathedral has since been rebuilt, and looks a little Disneyfied compared to the buildings around it, but the square retains its severe countenance. The mausoleum of Lenin sits along one edge in a location I remember from childhood – it was here that Gorbachev and other Soviet leaders would sit to watch parades of armoured vehicles on May Day. I queued up for an hour to visit the mausoleum – inside was a waxy looking body in a glass sarcophagus. There were rumours that it was indeed wax; that the body had been spirited away to locations unknown. I couldn’t get close enough to tell and photos were strictly prohibited, even in 2002.

On my last day in Moscow I overpaid handsomely for a taxi driver to take me to the airport. As I checked in for my British Airways flight and waited in the queue for customs, I tried to see what kind of reception I would get.

It wasn’t good. The customs officer was a brined and pickled dwarf of a woman with a severe bowl haircut sitting in a glass box. Each emigrant would pass over his or her travel documents, which she would leaf through with an air of tremendous disappointment. A short conversation would ensue in rapid Russian and with each exchange she became more aggressively animated, and began gesticulating at the traveller. At approximately every third passenger she would scream something like she was choking on a fish bone and the passenger would be sent behind a door to, I presume, be body cavity searched and have their fingernails removed.

As I got closer and closer in the line she became more angry. Not speaking Russian I had no clue what was fuelling her fury. Grizzled old veterans of many Russian winters were being verbally molested – I would have no hope with my perpetually boyish appearance and shaggy backpacker attitude.

My fear grew. I began to worry about how I would get home if I were denied exit from Russia. Was there an Australian embassy in Moscow? Or would I have to go to the British one? How would I get in touch with them? Was this even a problem that they could solve? After all, I had failed to comply with Russian customs laws – they probably had an absolute legal right to break at least one of my legs, maybe both. I was in a froth of panic.

My turn arrived. I shuffled up to the border guard’s little plexiglass box and handed over my passport and boarding card. She gazed at me with utter disdain, then dumped my passport on her little bench with a fwap.

Standing up, she opened the latch to her box and motioned to one of the guards. He grunted. I could see what would happen next – I would be “escorted” to the next room by Vladimir, where I would be severely beaten by a bored ex-KGB officer, and then ransomed. My parents would have to sell their house, certainly. I braced myself.

But the guard did nothing. The customs officer stepped out of her little box and went behind a curtain. A few minutes passed and I waited in sweating silence. Then, to my utter surprise, she returned having grown six inches, become thirty years younger, and dyed her hair blonde.

That’s one possible explanation. Another possibility was that her shift had ended and she had been replaced by another, younger woman. A woman who did not seem particularly hostile. A woman who glanced, glanced, at my passport before stamping it and sending me through the departure gates.

I couldn’t believe it. I had left a puddle of flopsweat behind me on the lino but I was free! Through the gates, and I was returned to the comforting arms of British Airways and to my flight home. The service was, as usual, atrocious, but at least it wasn’t Russian.