1223 – Georgetown, Historic cities of the Straits of Malacca, Malaysia

I knew I’d like Penang. For one thing it’s an island. I love islands connected to the mainland by causeways because they feel like good places to take shelter during the zombie apocalypse. For another thing it’s pleasingly run down. And, unlike other old historic cities, it’s not dominated by the tourist trade and thrives as a city where real people work, live and do business. 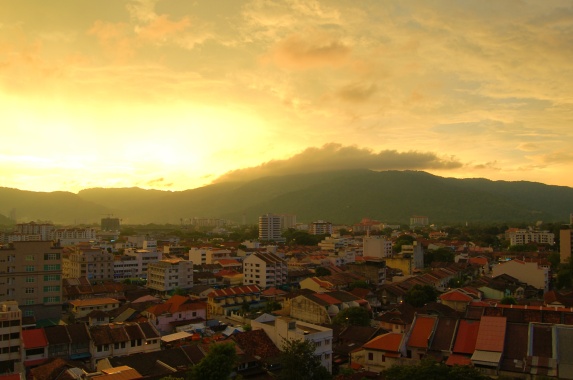 When the Malaysian government tourist agency talks about Malaysia being a microcosm of Asia as a whole, they’re really talking about George Town in Penang. It’s the only Malaysian state with a majority Chinese population, along with substantial Indian and Thai minorities. This is reflected in the food of course, but also in the relatively more easy-going attitudes that I encountered. Elsewhere in Malaysia, even in Kuala Lumpur, a mildly oppressive code of religiously-mandated behaviour is enforced. Penang feels far more relaxed and less conservative than other parts of the country.

The World Heritage nomination focusses on the role of George Town as a trading centre for hundreds of years. This was one of the many cities in Asia, along with Singapore, Melaka, Hong Kong, Macau, Goa and others which came to prosperity as sites for east-west trade. The influx of cultural values and ideas from over the sea is what made these places prosperous. Much as I hate the phrase, they became cultural melting pots, where the rough edges were smoothed off and strange new hybrids came into existence. 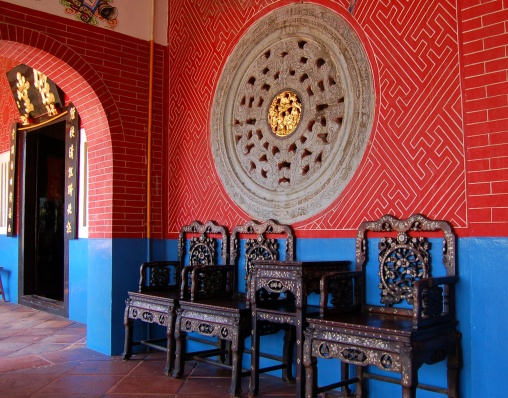 The historical core of the city is the World Heritage property. This nomination is shared with with Melaka at the other end of the peninsula. Where Melaka is a former Portuguese colony which eventually became Dutch, George Town was founded by the British as an outpost of the British East India Trading Company. British control led to the arrival of non-Malay populations – Indians as labourers and Chinese as traders. Many of the streets in the inner core retain their English names, even in the wake of decolonisation in the 1950s.

The Chinese heritage is front and centre. The traditional Chinese shophouses are the main attraction for tourists, painted in lurid colour schemes. Many of them have been converted into boutique hotels, but suspect they would still be tremendously noisy. The city is also littered with Chinese temples which are pleasingly flamboyant.

I spent my several days simply wandering around George Town. There kind of isn’t anything much to do, but to my mind that’s the sign of a place that is alive. It does feel a little bit like an outpost – of Britishness in Asia, of Chinese culture in Malaya, of relative prosperity amidst relative poverty. Is that the colonial heritage? Perhaps. Or perhaps it’s just Penang.