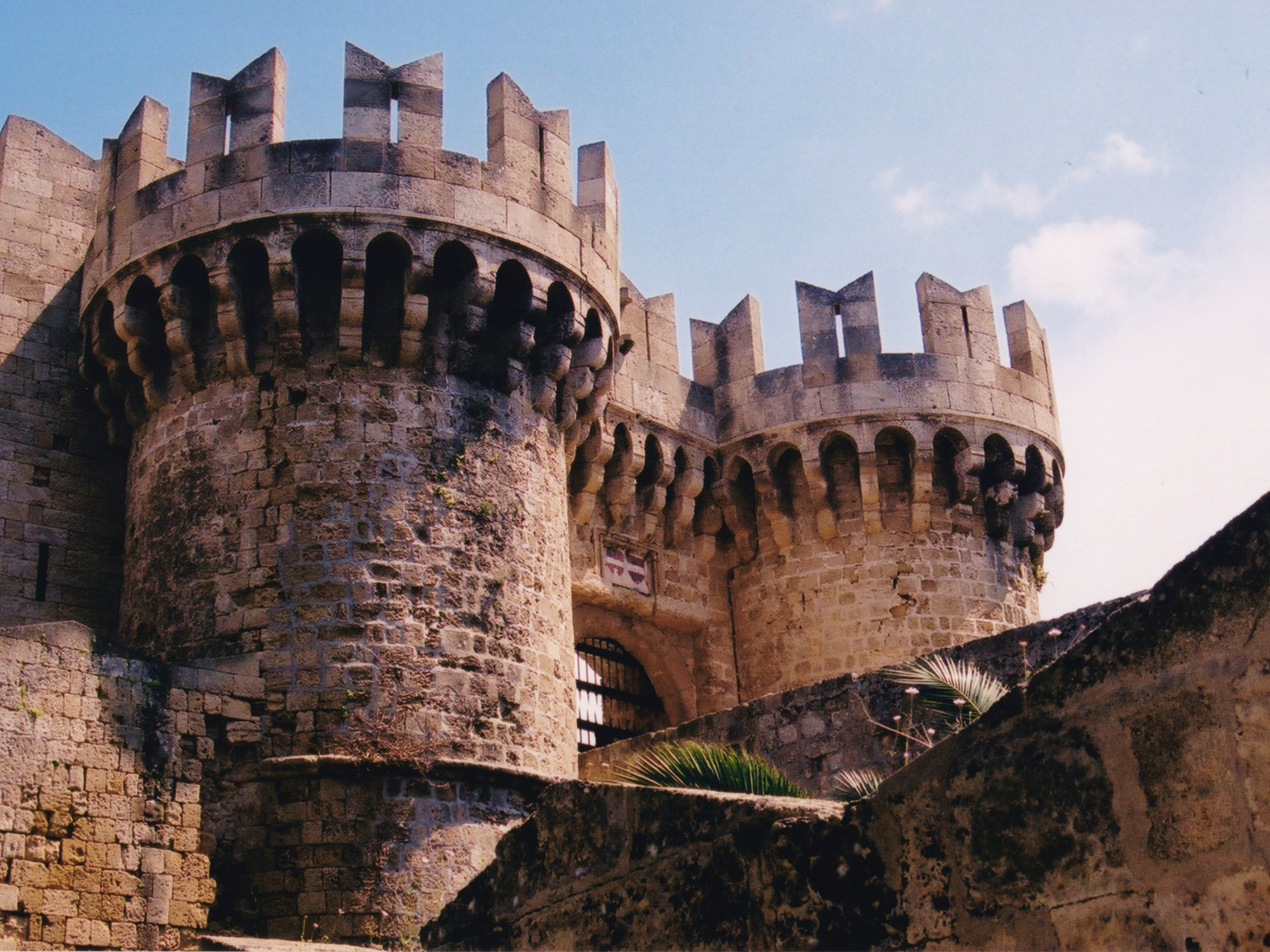 My visit to Rhodes was a fiasco.

Oh, it started fine. I caught a ferry from Crete which was perfectly ok, apart from giving me lung cancer on the spot with all the diesel fumes. Disembarking at the port and finding a hotel was also straightforward, perhaps lulling me into a sense of security. My first night’s sleep was deep and refreshing.

I dreamed of exploring the ancient seat of the Knights Hospitaller and gazing across the harbour that had once hosted an eponymous Colossus*. Rhodes is fascinating, as an outpost of Western European power in the Eastern Mediterranean. The town and castle basically date from the Crusader occupation, but overlaid on an ancient Greco-Roman city. The centre of town is dominated by the Palace of the Grand Master of the Knights of Rhodes, a medieval order of warrior monks. I quite fancy myself as a warrior monk. All together it is a strange complex of Northern European gloominess, plonked incongruously down in a sunny Mediterranean setting. 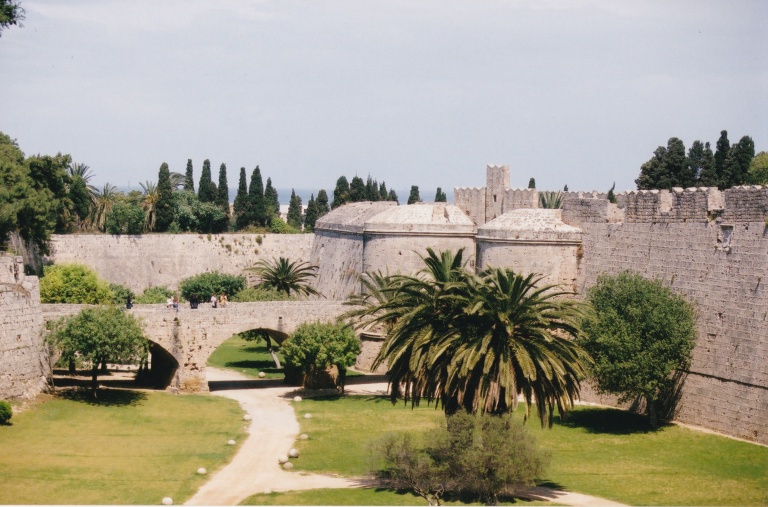 My frustration began when I wandered across the lovely old town to the main castle, only to find that it was closed that day. Annoying yes, but not the end of the world. Lots of sites close one day each week (usually Monday), and I had plenty of time.  I ambled back into the medieval town and sulkily had coffee and octopus.

That evening I figured that I’d make the most of my tripod and take some atmospheric photos of alleyways using high ISO film (this was a while ago). On spotting a pretty medieval tavern I set up my gear and worked on focus. A man standing outside the tavern approached me in an aggressive stance and asked what I was doing. Airily I replied that I was taking photos, and he, apparently satisfied, wandered off.

Only after I’d finished taking photos did my traveling companion Tommy point out that the man’s aggressive stance was intended to demonstrate the fact that he had a pistol holstered at his belt. In my self-absorption I had completely missed it. Tommy thought I was hugely brave, whereas I was simply stupid. We beat a hasty retreat and retired to a different tavern.

I woke up in the morning with a titanic hangover and immediately went back to sleep. Upon emerging at noon, I treated my disease with bacon and coffee and set out for the castle.

However I was thwarted again. This time I had missed the main opening hours and, even though there were still tourists inside, I couldn’t enter in the final hour of opening.By now quite frustrated, I went down to the waterfront and wasted the afternoon by gazing at yachts and listlessly banging my feet against the sea wall.

By the third day I was virtually insane with frustration. I got up promptly and presented to the front gate of the castle, only to find that it was closed, AGAIN. This time it was a Greek public holiday, but my unreasonable rage knew no limit. I cursed the Knights Hospitaller, the Greek government, the Romans, the lobster-coloured British package tourists and anyone else who was in the area. I stormed back to my accommodation, checked out, and headed straight to the marina. I gave up on Rhodes and boarded a ferry across the straight to Turkey.

I’m sure Rhodes is great. I liked the bits that I saw. But that castle is the bane of my existence.

* The colossus fell down in an earthquake in 226 BC, 54 years after it was built, and was later sold for scrap metal after the Arab conquest 800 years later.